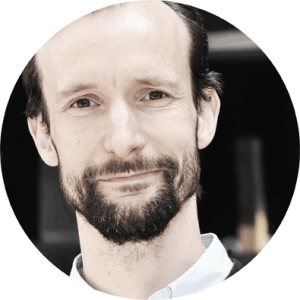 I graduated from The National Filmschool of Denmark in 2001, and have been working professionally with audio for movies since then - primarily on feature films, but also documentaries, commercials and animation films.

From 2011 to 2014 I was the lead audio director at Microsoft Studios / Press Play in Copenhagen, where I did both sound design, technical implementation & setup and mixing on various console and mobile games.

In 2014 I chose to quit this job, and go freelance again, in order to be able to choose more freely between movies and games assignments.

I have had a great passion for sound since childhood. I started out by making homemade radio plays and sound effects for puppet theatre on cassette tape from age 8, and was already at that time particularly interested in creating moods and emotions through sound. During high school I discovered the Great Fun of Filmmaking, and wanted to become a director (like everyone else). But I soon discovered that I didn't have any particular urge to tell my own stories. Instead, I found tremendous pleasure in contributing and accompanying other people's stories!

Seen in retrospective, it's actually strange that it wasn't until many years later that I saw the great potential in combining these passions; making sounds and telling other people's stories… that's basically what I have done since.

Apart from that, I've always played and composed music. Always for fun - never for a living. I play the trumpet, but can also handle a piano or a bass or other random instruments at hand.